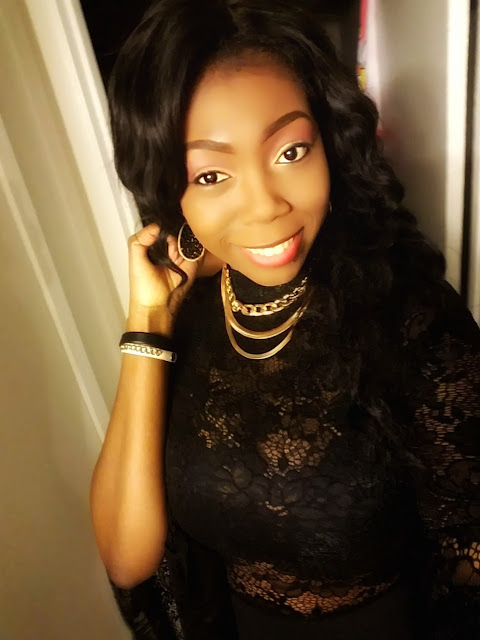 Sickle cell disease comes with a lot of health complications that could leave a lifelong mark on the persons life. I have personally gone through and conquered a lot in life and can only give God all the glory that I’m still alive today. There were a few minor things during my childhood, but the star contender throughout has been the crisis pain. Other than the sickle cell pain crisis, I have suffered a few other things from this ranging from leg ulcers to a stroke and everything in between.

When I was still in high school, I suddenly found myself loosing control of my muscles at times. My arms started jerking uncontrollably at the most random times. I remember dropping countless toilet papers in the toilet and in the bucket of water that was in the bathroom. Sometimes it would be just my right leg and other times it would be my right hand or both at the same time. I had no idea what was going on and was scared to tell my family anything because I never wanted to panic anyone. I would only be able to hide this for so long though, because it got to the point where I would start losing control of speech. My mom had asked me a question, I understood and tried to reply back except words weren’t coming out of my mouth. I was so scared, because my mom was thinking I was purposefully staying mute and not replying, which doesn’t bode well for any child in an African home. She thought I was being rude and it was only a minute or two later when I could finally talk again that I explained that I was trying to answer but I couldn’t talk. This brain freeze would happen a few more times, once while I was at a neighbor’s house, before I was taken to the hospital to figure out what was going on with me. It turns out I had been having seizures according to the doctor and I was prescribed some meds to help control them but they weren’t purchased immediately. It wasn’t until I had one of my most public and embarrassing episodes the day I wrote my JAMB (national entrance exam into university); I had just finished writing my exam and was waiting for my mum to pick me up, and some of my friends wanted to go buy water so I decided to follow them. I would only take a few steps before I told them to go on without me; my right side started jerking, both hands and feet. I leaned on a car to keep my balance and before I knew it I started peeing myself and seconds later passed out.

I got my seizure meds later that day and it was under control from that day on and never really got that bad the few times I did have seizure episodes. A few years later, my mother finally let go a little and allowed me to go school in Ghana. It was great for me but of course SCD always finds a way to complicate things. I had a crisis a day before my accounting exams and developed a leg ulcer the following semester.  A leg ulcer is a sore that takes a very long time to heal. I was terrified because one of my friends who also has SCD had her leg ulcer for 5 years and it still hadn’t healed. This leg ulcer was one of the most painful things I’ve ever experienced in my life. It was a real challenge for me to deal with this for the whole semester. I couldn’t wear certain shoes anymore, it wasn’t a pretty sight so I had to consciously plan outfits that would cover it. The dressing process was where I really felt the most pain; I usually had it done at the local pharmacy close by and when people saw me in the dorm they thought I had broken my leg or something. Thankfully, the sore never really got too big and the pharmacist started slowly leaving out the bandages for it to air and dry out. My mother obviously heard this and decided I was off to America for good. I had been on holidays the year before when I also had another hospital emergency. I thought it was usual sickle cell pain but this was different. By the time I got to the hospital and the tests had been carried out, the doctors said I had stones in my gallbladder. I was shocked and scared when I heard they’d have to surgically take out the stones but we put it all in God’s hands. When I came to from surgery I found out that they had to take out my whole gallbladder. This led to start eating select foods and I was on a diet of sorts for a while. When I came back after the leg ulcer fiasco, complications would arise from that surgery as the “stent” they put in place got infected. This was probably the worst infection ever as regular antibiotics couldn’t kill whatever was there. I would eventually have to go for a second minor procedure, where it was discovered that more stones started growing in the stent. Thankfully it was taken out without further complications.

A couple of years would go by with me having become a regular at the hospital for checkups. I had just lost my brother and went completely numb, I would soon find myself in ER because I was struggling to do simple things like type a text message. They would tell me in the hospital that I had a silent stroke. One side was visibly weaker than the other, which would lead me to needing both physical or occupational therapy and speech therapy. It was tough because I was restarting school only a month after and couldn’t write notes like before so I had to use a recorder during lectures. According to the medical team because I had the stroke so young, I would be able to make a full recovery which I eventually did.

These are the major collective implications of sickle cell that have happened to me thus far that have all left their marks on my life somehow. From the amount of medication I have to take every day, the scar left behind from the ulcer, the fact that I now forget things more often than usual and I’m a bit slower doing things, to the fact that I now have a scar on my chest from a mediport implanted so I can have scheduled blood exchanges to prevent crisis from the sickle cells sticking. These are mostly physical hurts and inconveniences but I’m glad to have my family for the emotional struggles that can sometimes accompany SCD. My family has sacrificed a lot of things for me, of which I will be eternally indebted to them. They are very understanding and have adjusted knowing not to immediately yell at me if I didn’t do or say something; or having to keep constantly reminding me of things. There are other people with sickle cell who haven’t been as fortunate as I have. Many have died, and some don’t usually make a full recovery. I don’t know what may come next but I’m grateful to have a family I know would surely love and support me through whatever situation that may arise.
sickle cell issues