CAN YOU HAVE SICKLE CELL WITHOUT SYMPTOMS? 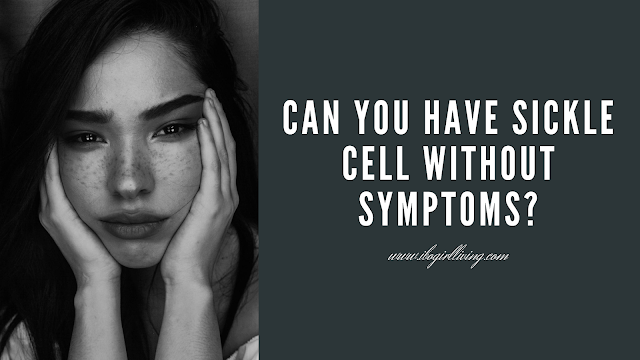 In rare cases, people with the sickle cell trait can develop complications similar to those of sickle cell disease. Factors that may increase this risk include:

Ordinarily, having the sickle cell trait ( people who carry only one sickle cell gene) do not have symptoms of sickle cell disease. They can only pass on the trait to their child but if the other parent also passes the sickle cell gene aka the HbS gene trait, then that child will have sickle cell disease.
Is it possible though or can you have the actual sickle cell disease without symptoms? The short answer is No. Individuals who suffer from sickle cell disease or sickle cell anemia have the associated pain and complications we all already know that if left untreated could very well lead to death.
Sickle Cell Disease is usually diagnosed in infancy through newborn screening programs and if it is determined that a child does have the disease, there are more than a few problems that could develop as he/she grows months old which include but are not limited to:
People with SCD start to have signs of the disease during the first year of life, anywhere from 5 months of age. Though symptoms vary from person to person, they all typically range from being mild to severe and then worsen over time. The reason that infants do not show symptoms at birth is because the fetal hemoglobin protects the red blood cells from sickling but at 4-5 months, it is replaced by the sickle hemoglobin which leads the cells to begin to sickle.
Sickle cells block the major blood vessels that bring oxygen to the brain which can cause severe brain damage and previous posts have also highlighted many of the other disease complications suffered that could lead to severe health problems and death should they be left untreated. It is therefore impossible to to have SCD and show no symptoms because these manifest from before a child is 1 year old. Treatment/ management options range from drugs, blood exchanges and lifestyle changes to a single known cure being a stem cell transplant that can also unfortunately cause severe side effects in some cases.
I hope this answers some questions just in case there were any along these lines and as always, resources remain available online where you can get as much information as you need on this blood disorder.
xxx
Ibogirl
sickle cell issues